Paying a visit to these Dhams is in itself a unique experience as each of the Dhams are devoted to the different deity and have their importance. The Uttarakhand tours not only holds religious significance but also offers one the spectacular views of the marvelous Himalayas, mountain forests, meadows, gushing waterfalls, rivers, valleys, and serene nature.

The most perfect time to pay a visit to Chardham is around April, May and the first half of June. Avoid monsoon season that is the months of June, August, and September as the region becomes landslide-prone and risky during the monsoon time.

The journey by helicopter for Chardham Yatra is the most convenient way to visit the whole pilgrimage sites in a very less time. A helicopter journey is perfect for those who have less time and also for those who are facing health issues and are not able to perform pilgrimage relatively quickly. Several helicopter services are private and the public both available for Chardham yatra in the state of Uttarakhand. Interested devotees can go for Charter planes available for Kedarnath and Badrinath Yatra. according to their choice devotees can choose to visit only Kedarnath or Badrinath by a charter. The helicopter service operates from Sahastradhara, Dehradun helipad every morning for Chardham, and returns every evening.

On the morning of the second day one leaves from Kharsali helipad, Yamunotri, and land at Harsil Helipad, one then is transferred to the hotel and can have breakfast. After this, one head towards the Gangotri temple.

On the third day morning, one leaves from Harsil Helipad, Gangotri to Kedarnath helipad (base camp). After landing at Guptkashi/ phata helipad from Gangotri after changing the helicopter one heads towards Kedarnath which is almost 10 minutes away from Guptkashi. The pretty sight makes Kedarnath the most heritage among all the Dhams. One then head towards Jal Abhishek and for VIP darshan at Kedarnath temple. After Darshan, one is taken to the hotel, booked at Guptkashi and after this one leaves for Kedarnath helipad to Guptkashi helipad.

On the fourth day in the morning of Chardham Yatra, one leaves from the Kedarnath helipad and land at Badrinath helipad. One is directly taken to the hotel where one has his breakfast. After this one leaves for VIP darshan of Badri Narayan temple. After Darshan at Badrinath, one pays a visit to some Chardham Yatra astonishing places- Mana village and Vishnu Sahasranamam path in the evening.

On the fifth day in the morning, one leaves from Badrinath Helipad to land at Dehradun helipad with a beautiful experience. This superb religious tour of Chardham Yatra by helicopter provides one with some beautiful memories for a lifetime.

The Confluence of river Alaknanda and Bhagirathi

Places to visit in Gangotri

Places to visit in Yamunotri 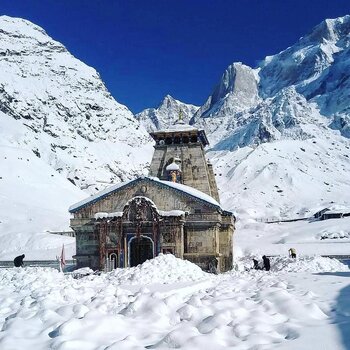 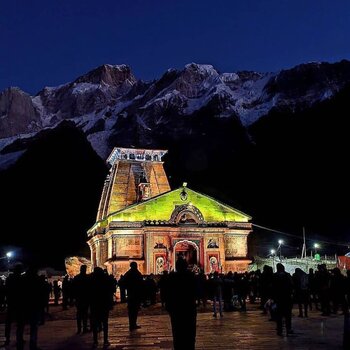 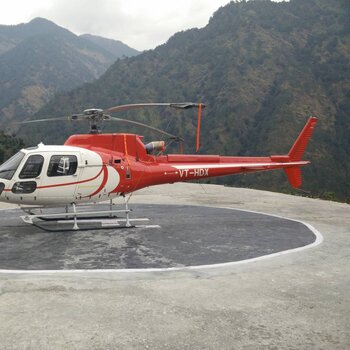