Nainital is also referred to as the lake City of Uttarakhand and is located in the Kumaon region of this state. Naini lake is one of the prominent attractions of Nainital and is located at an elevation of 2084 m above sea level. There are several other lakes that can be explored in Nainital holiday Package, which are located at Nainital such as Sattal lake, Khurpa Tall, Sariya tal, Bhimtal, Garuru tal, Naukuchiatal Lake, Kamal tal, etc which you can explore. Nainital is a mythological destination as per Hindu mythology and it is believed that at this very place the eyes of Goddess Sati fell when her body was cut into pieces and was carried towards Mount Kailash. Nainital is also having a temple that is dedicated to the goddess Sati and is known as Naina Devi Temple that can be explored in this Nainital tour Package. The places that can be explored at Nainital is a Naini lake which is surrounded by the Seven Hills of Nainital and is most popular destination. One can also explore the Nainital zoo which is spread in the area of 4693 hactares in this Nainital tour itinerary which is also referred as “share ka Danda” by the localites. You can also visit Naina Devi temple which is located in the proximity of 2.5 km from the city centre and is dedicated to goddess Sati. Mall Road is also the major crowded place where people tend to shop for their loved ones. If you are a nature lover and want to have the 360 view of Nainital in Kumaon region than tiffin top is a perfect place for you.

Things To Do In Nainital Tour Since Nainital is referred to as the lake City of Uttarakhand so one of the famous activities that can be done and its place is boating or yachting which can be done in the Majestic Naini lake and is one of the most popular activities amongst honeymooners which you can enjoy in this Nainital package. Other than this one can also enjoy a picnic and ropeway ride which will provide you with a magnificent view of China peak. One can also do tracking to some of the popular destinations such as Kainchi, Kilbury, Binayak, etc. In this Nainital tour Package, Shopping is also one of the most prominent activities where you can get stuff like Handicrafts, artifacts, souvenirs, and most prominently wooden chains, scented candles and books. One can book & visit Nainital tour Package all year round as it is having pleasant weather throughout the year but the best months to visit this place are from November to in January month as during this time period the place becomes Chilly and you can see some magnificent side and during the month of March to October the day becomes a bit warm which makes it a perfect time to explore all the sightseeings of Nainital but during the monsoon season it is not that much crowded with tourist. Nainital which is also known as the lake city of Uttarakhand is famous for providing an al.... Nainital is a place filled with adventure and natural wonders. Some of the activities that.... Nainital is among the prominent tourist attraction of Uttarakhand where one can feel the s.... Besides being famous for its Natural wonders Nainital is also a popular pilgrimage destina.... Nainital which is located in the Kumaon region of Uttarakhand is surrounded by the Himalay.... Nainital which is also referred to as the lake City of Uttarakhand is having multiple lake.... Nainital is one of the prominent attractions that is visited by honeymoon couples as one c.... 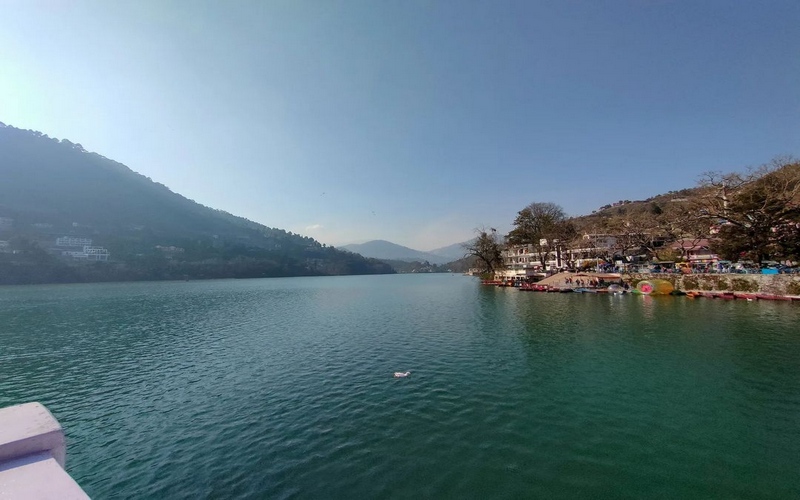 If you are a nature lover and want to spend some time in the lap of nature away from the b.... Nainital is such a place that is blessed with the awestruck beauty of nature. This Nainita.... Nainital is such a location Which is perfect to be explored along with family friends and .... Nainital is one of the prominent hill stations which is located in the Kumaon region of Ut.... Nainital is also referred to as the Queen of lakes as this place is having different stagg.... Nainital is blessed with natural beauty but besides that, it is also famous for its presti.... Nainital is such a place that is filled with enthusiasm and joy located in the Northern st.... Boating and lakes are the two lifelines of Nainital the lake City. It is one of the popula....